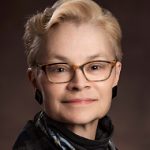 Margaret A. Christie is a partner with the law firm of Golan Christie Taglia LLP. Prior to her affiliation with Golan Christie Taglia LLP, she spent a number of years working at large law firms, including Rudnick & Wolfe (now, DLA Piper), where she was also a partner. Ms. Christie started her own firm and eventually merged her practice with several other firms including the predecessor to her current firm in 1995. Her areas of practice include commercial real estate, finance and general business law. 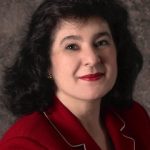 Lucy Mancini Newell, MBA, FHIMSS, is Managing Partner of The Kiran Consortium Group LLC. Ms. Mancini Newell is an Information Technology professional with experience in clinical operations, application vendors (ambulatory and inpatient settings), systems integrators and management consulting. One of the hallmarks of her professional success is effective communication of ideas, trends and issues on behalf of her clients while delivering results in a timely, effective manner. Her experience includes work in complex environments as well as project turnarounds. She was previously a Practice Leader of Information Technology Strategic Planning and System Selections, mentoring colleagues, working in collaborative and high impact teams, and actively contributing to an employer-based Thought Leadership Group and professional societies such as the Healthcare Information Management and Systems Society (HIMSS) and Healthcare Financial Management Association (HFMA). She actively contributes to healthcare industry publications (over 20), presentations (over 40) and blogs on many timely topics.

Matt is a leader in PwC’s Strategic Technologies practice and takes an innovation-led approach to his clients when delivering their strategic technology transformation initiatives. His 19+ years working at the intersection of technology and pharma R&D have provided his clients with pragmatic technology solutions to improve the way therapies are developed. Matt is a champion for the evolution of pharma R&D organizations’ move from established to emerging technologies and the impact to the relationships, engagement and productivity that the move has on the IT and business functions. Specifically, Matt has led scientific and operational analytics initiatives as well implemented digital technologies within Clinical Development, Regulatory Operations and Pharmacovigilance. These experiences have been informed by the analytics and digital projects that Matt has led in other industries (e.g. financial services, retail, high tech).

Matt’s passion for team building goes back to his time on the US National Rowing team where he and his teammates had success at all levels of international competition. Matt is raising the next generation of rowers, which are his three children, with his wife in Chicago. Matt holds Bachelor’s of Science degrees in Chemical Engineering and Management of Technology from the University of Minnesota and continues to be a huge Gopher sports fan even though these are dark times. 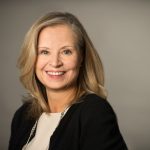 Kristina Allikmets has been working for Takeda Pharmaceuticals for over eight years, holding various leadership roles in the Global R&D organization, currently leading the R&D organization in the Plasma-Derived Therapies Business unit. She has broad experience in clinical drug development and taking compounds through registration process in different therapy areas. Previously in Takeda, she served as a “chief executive” of a “spin-in” company within Takeda Global R&D, to take one of Takeda’s compounds through experimental phase of development following a new working model. She was also instrumental in establishing Takeda R&D Patient Outreach team and led it for several years, building the strategy and processes for how to engage patients during drug development and to ensure that the innovative medicines could make a meaningful difference to patients’ lives in the communities we serve around the world. Before joining Takeda, Kristina worked for eight years for Nycomed Pharma, where she served as a Chief Medical Officer for several years. Kristina has an MD and PhD from University of Tartu, Estonia, she’s trained as cardiologist and internal medicine specialist and worked in academic clinical medicine for almost 15 years before joining pharmaceutical industry. She has strong international experience, having lived and worked in different European countries (Estonia, Russia, Austria, Denmark, Switzerland), she moved to the US in 2015 and is currently based in Boston, MA.

Steve Braun has more than 30 years of service as a Wealth Management Advisor with Northwestern Mutual – Chicago. Steve is passionate in his pursuit to help his clients retire. He has earned numerous awards throughout his career and is past chairperson for NM’s Annual Meeting and the past president of NM’s Financial Representative Association.

Steve is active in community supporting The City of Hope and the Marty Hennessy, Jr. Tennis Foundation. He brings his understanding of philanthropy and financing planning to support Cures Within Reach. Steve resides in Highland Park.

Cures Within Reach has been awarded four grants totaling $75,000 from the Northwestern Mutual Foundation in honor of his community service, including the 2022 Community Service Award (read more here) plus an award from the Million Dollar Round Table Foundation.


Watch Steve share his passion for Cures Within Reach from this video from the 2019 Community Service Award presentation. 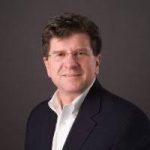 Nick Manusos is a 35 year life science industry veteran with extensive cross functional experience in the areas of business development, sales, manufacturing and operations. Nick has held multiple senior executive positions including head business development at Baxter Healthcare and previously Takeda Pharmaceuticals International where, in his last role, he led the Transition Office for the integration of Takeda’s $13.7 billion dollar acquisition of Nycomed. Earlier, Nick was also Takeda’s most senior Business Development executive outside Japan, leading the company’s efforts in M&A, licensing and alliance management. Today, Nick is Senior Vice President of Strategy and Business Development for FujiFilm’s pharmaceutical and regenerative medicine divisions. In addition to larger company success, Nick has also played key roles in start-ups including successful exits and series financings. Nick began his career at Abbott Laboratories where he held various business and operations management positions of increasing responsibility including head of business development at TAP Pharmaceuticals.

Nick has been a member of the board at the Susan Duncan Children’s Center since 2014. He and his wife Lauren reside in the city of Chicago. 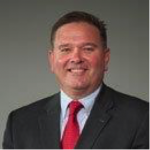 Mr. Metz is the Managing Director of Armour Life Sciences.  Before starting Armour, Metz was at Horizon Therapeutics for 10 years, including the SVP global business operations and general manager Europe. He was responsible for the administration of global business operations and corporate external affairs. Mr. Metz has over 27 years of commercial, external affairs, finance, corporate administration and operations experience in both small and large pharmaceutical and biotechnology organizations. Prior to joining Horizon Pharma, Mr. Metz’s most recent position was vice president, commercial operations for IDM Pharma who manufactured MEPACT® for pediatric osteosarcoma. Prior to joining IDM Pharma, Mr. Metz led commercial operations for NeoPharm, a public rare disease oncology biotechnology company with a phase 3 compound for glioblastoma multiforme. For nearly 13 years, Mr. Metz worked in areas of increasing responsibility at Searle and Pharmacia focusing on product introductions on several products, including Celebrex®, Arthrotec®, Daypro® and Detrol LA®.  Mr. Metz has also held sales and marketing positions at Medpointe Pharma and Reliable Biopharmaceuticals. Mr. Metz has a bachelor’s degree in management/economics with a minor in political science from Marietta College in Marietta, OH. 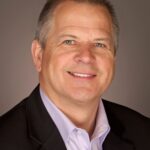 David Styler has 15+ years of experience in the life sciences industry specializing in ethics & compliance issues at both the national and global level.  Before joining Horizon, David held senior leadership positions in ethics & compliance functions at Takeda Pharmaceuticals and Abbott Laboratories where he helped globalize those functions in order to stay compliant with the various laws, rules and regulations across the globe.  His extensive focus on how industry interacts with healthcare professionals, government officials, and the communities at large helps companies successfully operate within the ever dynamic healthcare environment at the state, federal and global level.  Prior to joining the private sector, David spent over 13 years as a state and federal prosecutor in Chicago.

David received his JD from The John Marshall Law School in Chicago.  In his free time, David volunteers at PADS of Lake County and as a Mentor for Catholic Charities.  He lives in Libertyville, Illinois with his wife Peg. 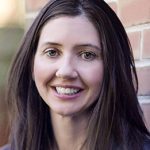 Nancy Sullivan serves as the CEO and Managing Director of IllinoisVENTURES, LLC. With over 15 years of experience in the commercialization and entrepreneurial sector, Nancy leads the IllinoisVENTURES, LLC investment portfolio. Ms. Sullivan oversees $75 million + in assets under management. She is responsible for overall fund operations including serving as the main point of contact for limited partner base and the investment management of leading portfolio companies. Nancy promotes the development of new companies commercializing complex technologies by assisting the companies in obtaining venture capital funding, recruiting management talent and obtaining necessary business services. She serves on the boards of two Chicago based startups, Personify and Diagnostic Photonics. Nancy earned her MBA from Northwestern University’s Kellogg School of Management and a Master’s in Biotechnology, from Northwestern. She earned her Bachelor’s degree in Business Administration from Loyola University