​There are currently over 7,000 diseases worldwide that do not have effective treatments. This affects as many as 500 million people and includes conditions as prevalent as cancer, multiple sclerosis and Alzheimer’s disease, as well as many rare diseases.

The current capacity to meet the demand for new treatments is limited, leading many stakeholders to investigate the opportunity of drug repurposing (as well as the repurposing of medical devices, diagnostics and nutraceuticals). This often overlooked process has the potential to generate more treatments, more quickly.

Drug repurposing involves exploring whether a drug designed for one disease can be used effectively for another disease. It’s not a new concept, but it’s time to give it a boost!  Note: the process is similar for medical devices, nutraceuticals and other treatments.

Repurposing drugs has frequently been a serendipitous process – treatments coming more by chance than intent. That is changing.

Advancements in technology mean that interactions between known drugs and unsolved diseases can be rapidly modelled, tested and shared around the world. This presents a huge opportunity to help patients. New repurposed treatments can be developed more quickly and be more accessible and affordable than ever before.

There are a number of different definitions of repurposing. All of them contain two key elements:

The National Center for Advancing Translational Sciences (NCATS) at the National Institutes of Health uses the following definition: “Repurposing generally refers to studying drugs that are already approved to treat one disease or condition to see if they are safe and effective for treating other diseases”.

The process to identify drugs that might have multiple uses can vary. It seems obvious that if two drugs are similar, they might be used to treat the same disease, and if two diseases are similar, they could be treated with the same drug or family of drugs. But drugs can have benefits across for very different conditions.

Repurposed drugs may have a good effectiveness record with their primary condition. For example, aspirin was an effective pain reliever before it was used to deter heart attacks. But successful repurposed drugs can come from drugs that have failed in their initial diseases. For example, thalidomide was originally a treatment for morning sickness, but it was withdrawn from the market because it caused birth defects.  Later, it was reintroduced as a repurposed drug to effectively treat first leprosy and then multiple myeloma.

Repurposing is often a collaborative effort requiring multiple stakeholders. After thinking up or observing a possible repurposed use for a drug, researchers must obtain funding from government institutions, philanthropic organizations, and other sources to pay for validation studies. Chemists and engineers may need to modify the drug to help it work better with the new disease, which could involve an entirely different body system. Once the repurposed drug is properly formulated, proof of concept clinical trials can be carried out on both healthy volunteers and patient to confirm that the drug is both safe and effective. Positive results that are published in peer-reviewed scientific journals can allow the repurposed drug to either be used immediately by clinicians off label or to be further tested in a larger clinical trial towards getting regulatory approval. Both ways can achieve the ultimate goal of repurposing: getting more cures to the patients who most need them.

The potential for a drug repurposing can either come from researchers in a lab and from clinicians on the front-lines. Physicians working with their patients often try different drugs to find the most effective treatments, especially when no FDA-approved treatments exist. This off-label use accounts for approximately 20% of drug prescriptions written by physicians in the US. If a drug is seen to effectively treat symptoms of a condition outside the scope of its traditional purpose, doctors and other healthcare workers can communicate this info

It is estimated that roughly 1 in 10,000 new chemical entities that enter the pharmaceutical research & design process actually makes it to market (1). Due to rigorous government standards and the high probability that a drug will have unintended effects in humans, getting a new drug approved is no easy task. Since a repurposed drug has already passed a significant number of toxicity and other tests, its risks are better known and the chance of failure due to adverse side effects is reduced. In fact, the success rate for repurposed drugs was almost 30% in 2012 (2).

Bringing a brand-new pharmaceutical compound to market takes over a decade from start to finish (3), but patients with terminal cancers, orphan diseases, and other incurable conditions often do not have a decade to spare. Fortunately, studies have shown that approval of an existing drug for a new use can be achieved in only 4 years after a drug is designated to be repurposed (4). By reducing the time commitment for development of a repurposed therapy, repurposing can drive treatments to patient much sooner. And if the endpoint is off-label use instead of regulatory approval, drug repurposing can get to patients in 3 years or less.

It is estimated that synthesizing, testing, and bringing a novel drug to market can cost up to $2.6 billion (5). Repurposed drugs bypass much of the early cost needed to bring a drug to market, such as the narrowing down of thousands of  preliminary compounds and years’ worth of preclinical tests on laboratory animals. With a lower price tag, more patients will have access to and be able to afford their repurposed medications. And considering the fact that in 2012 over 50 million Americans did not fill a prescription due to cost, this is very good news for patients in need (6).

It Creates Opportunities to Treat All Diseases

All pharmaceutical companies seek to help patients and secure a profit from drug development. This means that some types of diseases receive might receive less attention from industry, such as:

If repurposing is beneficial, why isn't more being done?

Industry and investors understandably usually focus on areas where they can make a profit from their drug discovery investments. Drug repurposing, especially for rare and neglected diseases, does not ordinarily provide the same economic returns as does new drug development, with its patent protections and secured market exclusivity.

The result is that much of the financial burden for drug repurposing research falls to philanthropy – including groups of patients and their supporters desperately seeking treatments to unsolved diseases. Even though drug repurposing development costs are much lower than for new drug development, the costs and complexity to bring a repurposed drug to patients is often beyond their financial resources, and beyond their capabilities

Drug repurposing is not risk-free. Although the process starts from a much more favorable position that does de novo research, repurposed drugs still need to be shown to work. Repurposed drugs may have a significantly lower failure rate than for “new” drugs, but they still have the potential to fail in clinical trials and even after reaching the market. Even though it’s 10-30% success rate far exceeds the success rate of new drug development, most drug repurposing will fail

Cures Within Reach has over a dozen success stories / case studies of our previously funded repurposing projects in use by patients today or within larger confirmatory clinical trials, across several diseases areas (including rare diseases, oncology, Alzheimer’s disease), for both adults and pediatric patients, using drugs, devices, combination products and other treatments.  See the examples below or read more about these success stories and how Cures Within Reach measures success here. 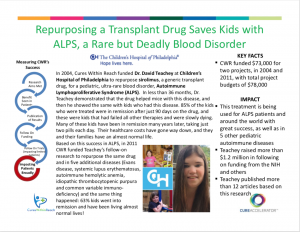 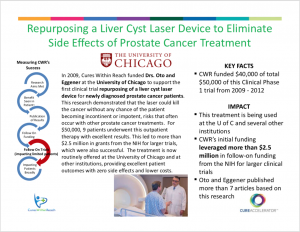 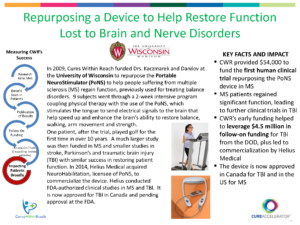 Finding a New Use for Thalidomide in Multiple Myeloma Patients 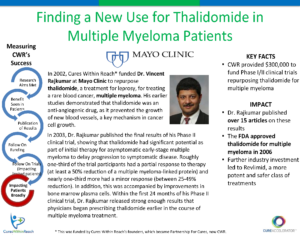 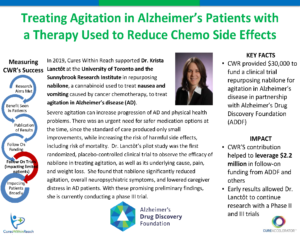 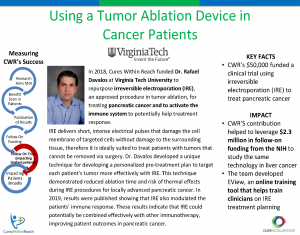 Using a Nutraceutical for Developmental Issues in Preterm Infants and Toddlers 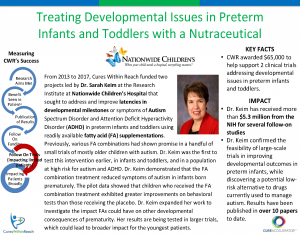